Set in war–torn Algeria in the 1990s, Barakat! follows two women's dangerous search for the younger woman's husband, a journalist whose writings resulted in his disappearance. Both women represent anachronisms in Islamist Algeria – the younger woman, Amel, is a doctor. The older, Khadija, is a nurse with vivid memories of Algeria's fight for independence.
Ignoring curfews and facing the constant threat of ambush by armed militias, the two women challenge the men they encounter to accept them and help them with their search. Their journey leads them across the picturesque landscapes of Algeria, to a deeper understanding of how their lives were shaped by their country's history. 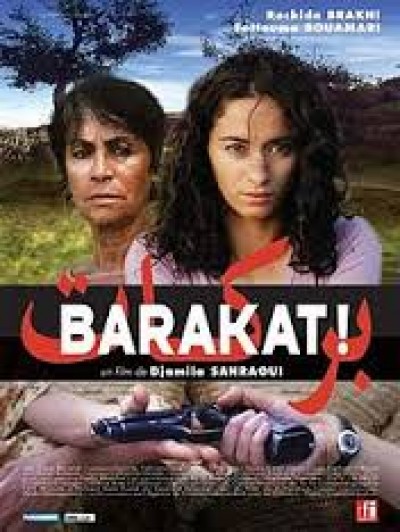