In the Mali capital of Bamako, the relationship between bar room singer Melé and her unemployed husband Chaka has become strained. As the pair go about their daily life, hardly communicating with each other, the courtyard of their house becomes host to legal proceedings at which the International Monetary Fund and the World Bank are being prosecuted for the harm their policies have inflicted on Africa, with witnesses called to give evidence and answer interrogation from both councils. Bamako was the recipient of the first Film Award of the Council of Europe (FACE) given at the Istanbul International Film Festival in April 2007. 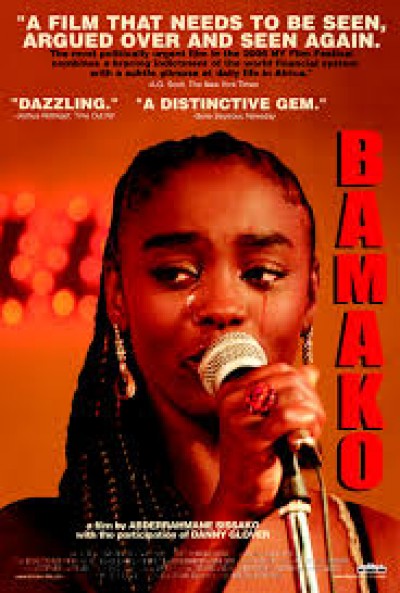