Bab’Aziz: The Prince Who Contemplated His Soul (2005)

The last film in the Desert Trilogy by Tunisian director Nacer Khemir. This masterpiece presents a multi-layered glimpse of Sufism, the mystical expression of Islam. Bab’Aziz is a blind dervish who intimately knows the desert, its harshness and beauty. He is the perfect embodiment of the Sufi principles of humility, courtesy, kindness and respect. With his granddaughter Ishtar, they are on their way to a great reunion of dervishes that takes place every 30 years. But to find out where it is held, one must have faith. To keep his granddaughter entertained on a cold night, Bab'Aziz relays the ancient tale of a prince who relinquished his kingdom in order to remain beside a small pool in the desert, gazing into its depths while contemplating his soul. As the tale of the prince unfolds, Bab’Aziz and Ishtar encounter many extraordinary characters with stories of their own: and Bab’Aziz himself becomes part of the many stories and legends that swirl through the desert like a dream as infinite as the grains of sand. With elements of 1001 Nights, and filled with breathtaking cinematography and wonderful music, Khemir has created a poetic fairytale of longing and belonging set in the shifting sands of the desert. 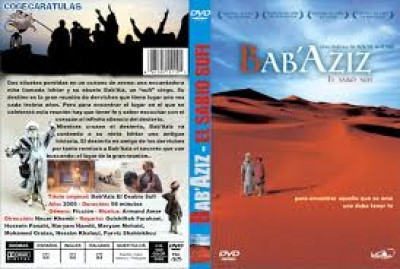