One of Yousseff Chahine’s most controversial films, The Sparrow was written by Chahine in collaboration with avant-gardist Lofti el-Kholi. Set during the 1967 Six Day War between Israel and the United Arab Republic and banned by Sadat’s government, this story of familial and national divisions has become one of Chahine’s most popular films in festivals and retrospectives. A young policeman’s adoptive father occupies a high post in the force, while his biological father is reputed to have been a left-wing activist. Raouf begins to search for those who might have known his real father, while his half-brother, stationed on the Sinai front, prepares for battle. –library.cornell.edu 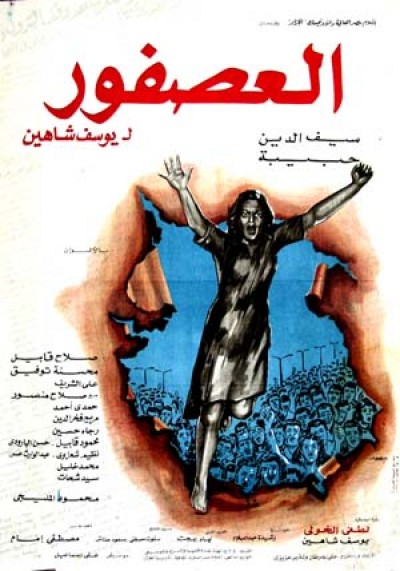