Izulu Lami is a heart-warming tale of two orphaned siblings who leave their rural homestead for the city in the hope to fulfil their mother’s dream. After their aunt has mischievously sold off all their mother’s possessions, ten-year-old Thembi and her eight-year-old brother, Khwezi, are left with nothing except a traditional Zulu grass mat their mother was working on when she died. The mat was meant to change the children’s lives, as their mother aimed to enter it into a craft competition and win a prize that could support her children. Thembi decides to take the mat to the competition herself. Facing exploitation in the city, it is Thembi’s relationship with Khwezi that sustains her quest to not only fulfil her mother’s dream but also to discover her own. Hailed as South Africa’s answer to Slumdog Millionaire and acclaimed for the brilliant acting of its main child characters, themselves from an impoverished background, Izulu Lami is a poignant tale of suffering and redemption. 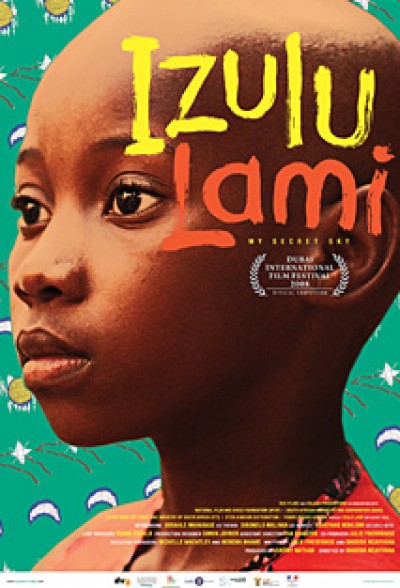