Camara's debut feature proposes a romantic twist on the recurrent tradition-versus-modernity theme of African cinema, as a lovestruck cartoonist learns the spirits have chosen him instead of his religious older brother to succeed his father as imam of Guinea's capital, Conakry. BB works as a political cartoonist at a liberal newspaper, and is in love with his boss's daughter, Kesso. But his choice meets with stiff opposition from his strict Muslim father Karamako, who has a dream-inspired insistence that BB go to Saudi Arabia to study to become an imam - much against the young man's wishes. Clouds over Conakry tackles some of the most controversial subjects in parts of the continent - such as religious extremism, political corruption and honour killings - head-on and has received plaudits all over the world for the unflinching way in which these problems are portrayed. 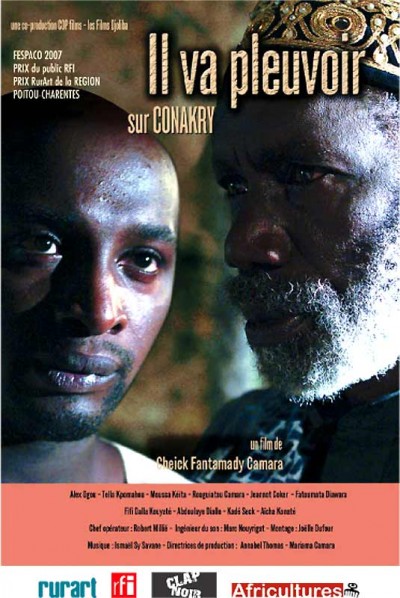