Forgotten Gold tells the story of one of Africa's legendary footballers, Ndaye Mulamba, who secured his fame by scoring 9 goals during the 1974 African Cup of Nations tournament, for the Leopards team from the country then known as Zaire.
Ndaye was forced to flee Zaire (DRC today) in 1996, leaving family, friends and all he owned, and seek refuge in South Africa, where he has painfully made a life for himself.
A man who, at the time was working as a car guard in Cape Town, put Africa on the map with his unbroken record of 9 goals in Egypt. 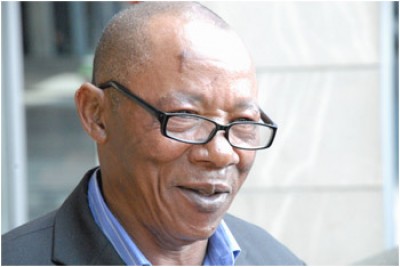