A moving and nostalgic film about the role of spirited and brave women who fought on both sides of the apartheid divide, and the impact it has on their lives today. Totsie Memela-Khambula spent 15 years in exile, and underwent military training in Angola and Cuba. In the early '80s she returned to Soweto give birth, but had to leave her baby son behind as she could was working undercover in Swaziland. They were not reunited until the early '90s. Arina Barnard served in the SA Defence Force in Northern Namibia during the last years of the border war. We see the pain caused by war, and experience a mother's guilt, as she had left her daughters behind. 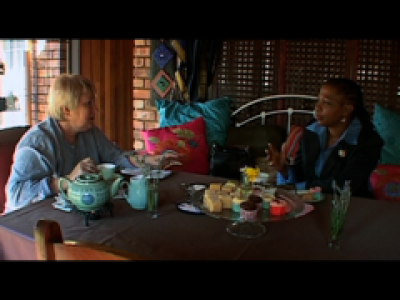