Robinson Hendricks, a photographer from Cape Town who had grown up known by the nickname Robinson Crusoe falls into a parallel fate of Defoe's classic tale. He is marooned on the coast of Fife after his ship sank where he is the sole survivor and on recovering from the ordeal, in disorientation,under the influence of a spirit of a Robinson Crusoe who was known to have been castaway many years ago onto some island. As he explores the land were he has been marooned, he finds that Robinson Crusoe whom he had been nicknamed after had actually originated from this land where he finds himself on. An adventure unfolds as he explores the land and meets the inhabitants. 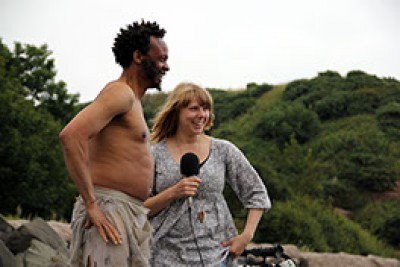