Simon Bright is a Zimbabwean director and producer. During the 1980’s he established Zimmedia to make films combating the political and military propaganda of South Africa. Filming war in Angola and Mozambique, Zimmedia’s programs were screened on TV internationally to show the Frontline States’ efforts to resist and rebuild. Simon broke the news of the Angolan victory at Cuito Cuanevale on TV in the West. This is a collection of raw footage filmed as he rode into Cuito Cuanevale with the Angolan army. 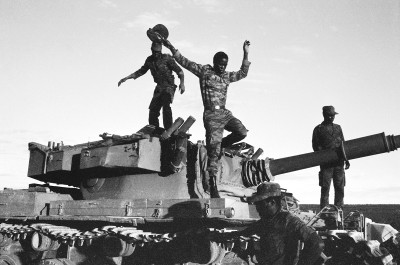