This documentary follows the personal and artistic paths of five major African filmmakers in exile from Paris to Washington, from Ouagadougou to London, via Uppsala.
Haile Gerima, from Ethiopia, now living in the USA; Jean Odoutan, from Benin; John Akomfrah, born in Ghana and grew up in the UK; Newton Aduaka, born in Biafra and now in Paris by way of Lagos and London; Dani Kouyate, from Burkina Faso and now in Sweden after many years in France. These directors talk about their early influences, their personal visions and their hopes for the future. 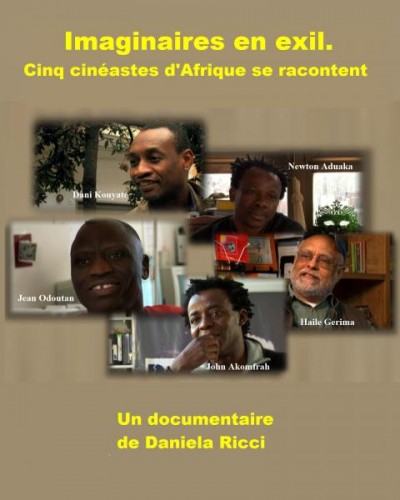