The first feature film made about the 1994 genocide focuses on the life of a young refugee Tutsi girl and her attempts to find safety while the genocide is taking place. After taking refuge in a church, Josette finds herself alone and at the mercy of a corrupt priest as the UN abandons those targeted in the conflict.
The movie clearly shows the betrayal of the Catholic Church, the United Nations and the international community, unlike many other films that explore the conflict. It was shot at locations where the Rwandan Genocide actually occurred, with a predominantly untrained Rwandan cast.
Director and writer Nick Hughes has worked primarily as a documentary cameraman rather than a dramatic one: “In many ways documentary is the best way to tell the history of such an enormous event ... But documentaries about Rwanda (tend to be) watched by people who already know and have assumptions about Rwanda... 100 Days is made to explain what happened in a dramatic form to an audience who has no interest in Rwanda.” 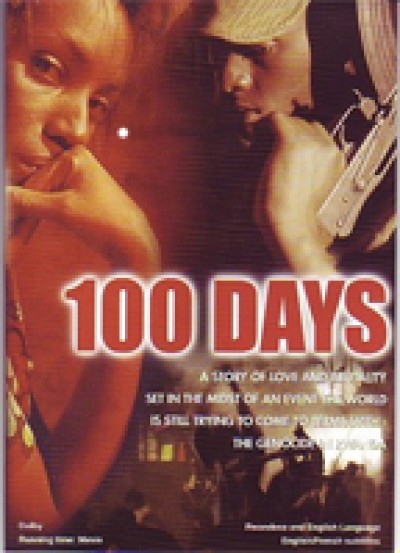