Cobra Squad appears to have screened for 4 seasons, and was summed up by a Kenyan TV critic thus:
"Whether it was shameless product placement that was ACTUALLY INCLUDED IN THE SCRIPT, or "special effects" that showed sparks fly off right in front of the guns as they were shot, or (my personal favorite) the 5 minute foot races through Uhuru Park as overweight cops chase after bad guys, Cobra Squad was a constant supply of humor (never mind that it was not a sitcom but a drama series).
You shall forever be missed!" 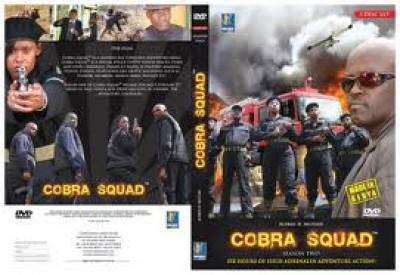