Ronald Herboldt is the only African to participate in the Cuban revolution. In 1959, then aged 21, he fought alongside Fidel Castro and Che Guevara. Unable to return home afterwards, he became a South African-Cuban. In 1988, when Angola asked for Cuban help to repulse a South African invasion, Ronald was among the first volunteers, and his knowledge of Afrikaans provided invaluable assistance. South Africa's defeat at Cuito Caunuvale led to the fall of PW Botha, the rise of De Klerk, and the opening of negotiations which led to the dismantling of apartheid. Ronald was finally able to return to his homeland in 1998 and be reunited with his South African family, but was unable to obtain a pension so that he could bring over, and support, his Cuban family. From 2002-2006, the special pensions board had a difficult decision to make - was Ronald's Cuban service equivalent to service in a recognised South African liberation movement? 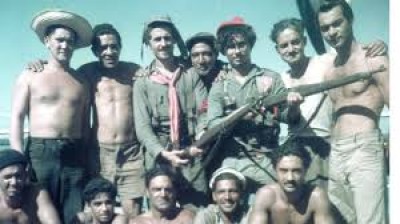