Youssef Britel’s La Marche Verte is a patriotic account of 350,000 Moroccan civilians’ dramatic 1975 March into the Southern Moroccan territory of the Western Sahara. The ensemble of diverse characters has one thing in common: a deep, uncomplicated love for their country. With the Green March, these civilians crossed the country from north to south, asserting independence from Spanish occupiers.

The film’s narrative tells of Massira, a woman born on the day of this historic event, who interviews Ali (Jilali Ferhati, a famous Moroccan actor and director), a retiring politician. Through flashback, history mingles with that of those on the March, describing a mix of intentions and hopes. 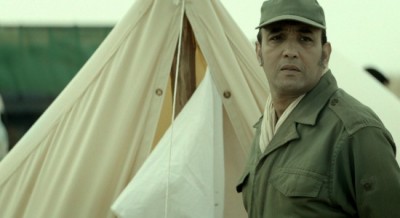