Filmmaker Jihan El-Tahri explores the history of Gamal Abdel Nasser, the revolutionary army officer whose decade-long reign as president of Egypt saw him defy the West during the 1956 Suez Crisis, co-found the international Non-Aligned Movement, and suffer a dramatic defeat to Israel in the Six-Day War. This complicated legacy is often overlooked in the West and is yet vital to understanding the modern Middle East.
Jihan El-Tahri, who will be present at the screening, is an award-winning Egyptian filmmaker with a long track record of documenting her homeland. Nasser is the first instalment of her trilogy on ‘Egypt's Modern Pharaohs’, which also includes films on Anwar Sadat and Hosni Mubarak. Nasser takes the spectators on a journey into the heart of Egypt’s rich modern history. Through specific events we get to know how and why the very structures laid by President Nasser remain intact to our day and how they made Egypt’s 2011 Revolution became inevitable. 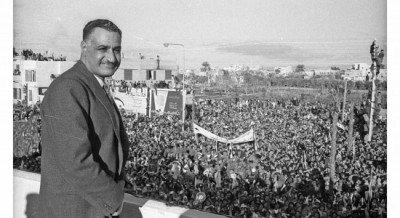