Contras City is Senegalese maverick Mambety’s first film, made at the age of 24 with no formal training. It is often considered Africa’s first comedy film, though it was initially only screened to western audiences. It was filmed in the immediate aftermath of the 1968 Dakar riots against continuing French influence. 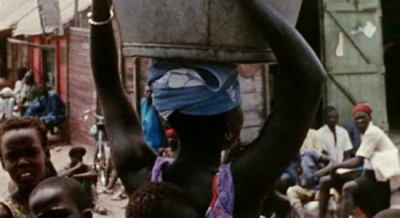